The big data explosion changed the landscape of biology, chemistry, and drug discovery. Novel technologies have revealed the unprecedented complexity of human diseases. Hundreds of thousands of human genomes have been sequenced in search for novel disease associations. Tens of thousands of cancer samples have been comprehensively profiled at the DNA, RNA and protein levels.

Large catalogues of pre-clinical models such as cancer cell lines have been characterized and screened with thousands of drugs and RNAi technologies to uncover novel disease dependencies. The ability to mine this data allow scientists to uncover novel therapeutic targets as well as novel indications for existing drugs. 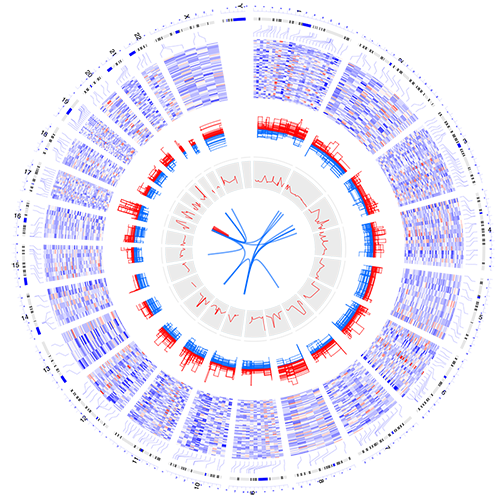 Applications of Bioinformatics in Drug Discovery

The success of current biotechnology companies depends on the ability to mine internal and external data. As a consequence, there is a need for combining quantitative data science approaches with biology, pharmacology and drug discovery. The core mission of Monoceros Biosystems is to offer this unique combination of skills and experience to drug discovery companies. Our name “Monoceros”, from Greek word for unicorn, reflects this mission. From the rigorous design of experiments to data analysis and interpretation, we provide tailored support for our clients’ needs.